Expedition – Leg #2 from Woods Hole to the equator line

Iris sailed along the course designed for the deployment of the floats.

After 19 days at sea, the crew crossed the equator, aiming for the GPS coordinates of the 24th float to be deployed.

The wintry temperatures on the east coast of the United States gradually gave way to milder temperatures. The latitude of Bermuda confirmed the arrival of the heat until the crossing of the equator where the weather now alternates between squalls and extreme heat.

The deployment of the floats

The crew deployed 23 floats from Boston to the equator line. There are several types of floats released: Solo, Alto and Deep.

Deployment of the 1st Solo float

The first Solo float was released during the night of December 15 in the moonlight.

Deployment of the Deep float

The weather was good for the deployment of the deep float,one of the most important of the fleet. It is able to collect deep ocean data.

Baptiste, our mediaman, was specially equipped to dive with the float in order to produce underwater images of the deployment and to capture the slightest movement of this precious float: a real scientific show.

During the stopover at WHOI, Hugues de Kerdrel had the opportunity to exchange with Alessandro Bocconcelli, scientist in charge of studying marine mammals.

At the end of this exchange, he proposed to Blue Observer an additional mission of observation of marine mammals for the continuation of the expedition. Indeed, the route taken by Iris is not a traditional maritime route. Alessandro Bocconcelli was sure that the crew would meet cetaceans. Check out his interview:

And for good reason!

It is at 21°40’N and 49°14’W that the crew was able to observe a pod of 15 sperm whales and a fin whale. A sperm whale even dived under the keel! An incredible moment.

With the help of photos, the crew determined the species of marine mammals and the number of specimens. For each mammal encountered, the crew follows an observation protocol that provides important data to WHOI. Relive the moment of the meeting below:

This stage of the expedition allowed the crew to celebrate 3 events on board Iris: Christmas Eve, the passage to the new year 2022 and the crossing of the equator.

What to bring strong emotions! 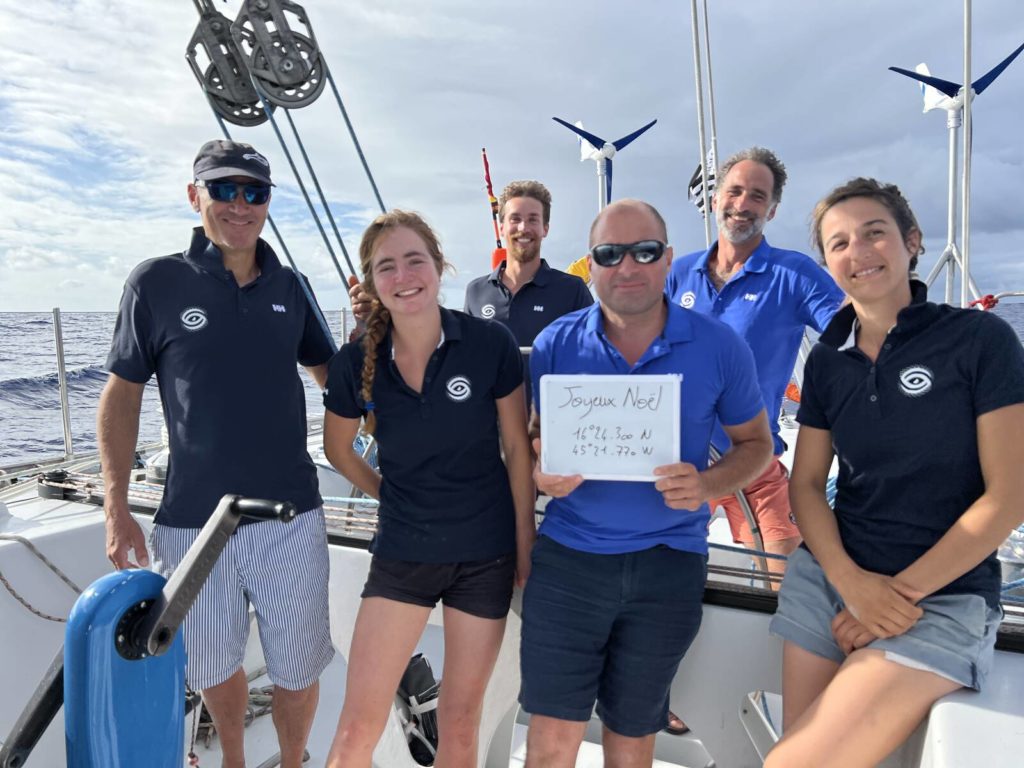 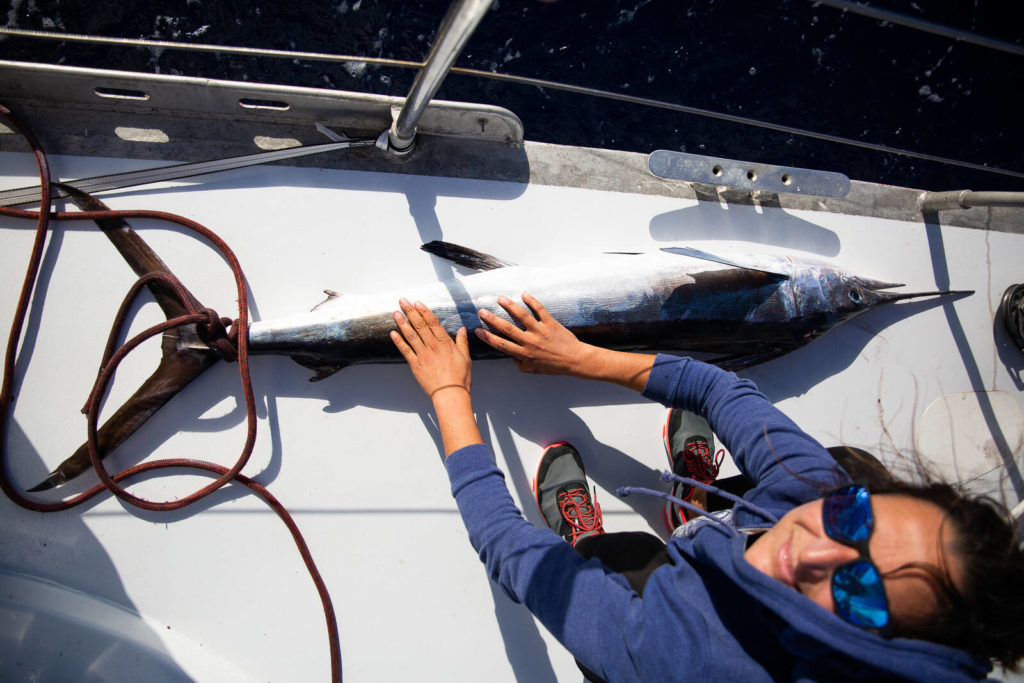 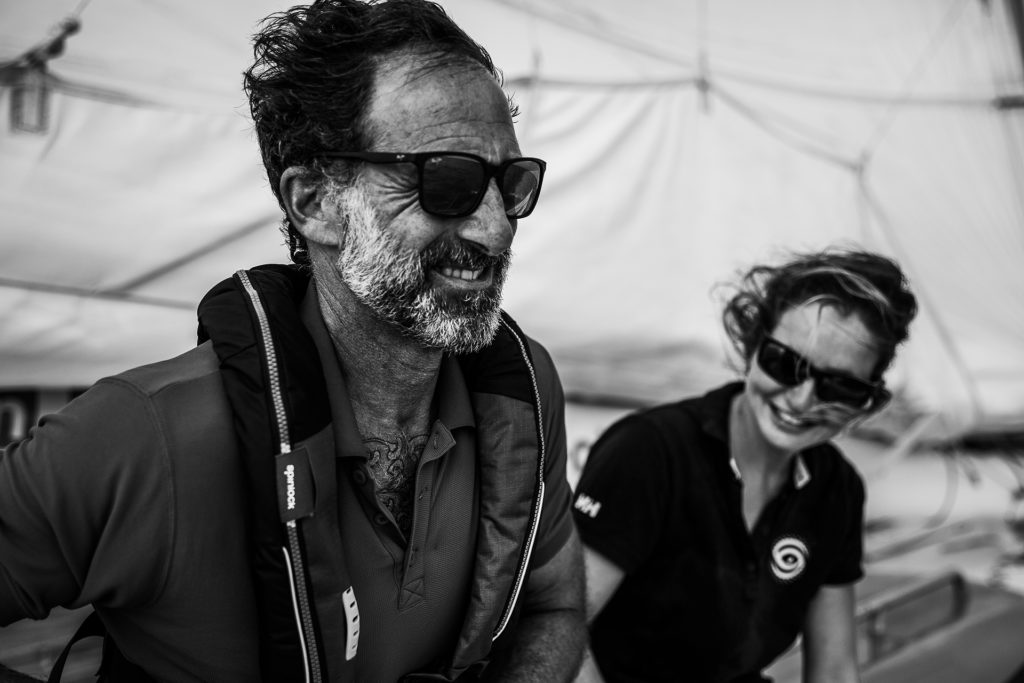 Our research and awareness program